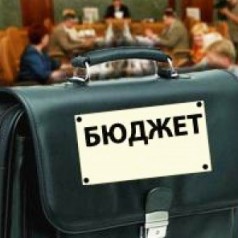 Kyrgyz authorities have revised plans for the introduction of jury trials in the country. Reported K-News. The Parliamentary Committee on the rule of law, according to the 24.kg, approved a bill under which the jury will earn in the country only in 2015.

Enter in Kyrgyzstan, Institute for the jurors had already planned for 2012. This time period was specified in the law On jurors adopted several years ago (at a time when the Republic directed Kurmanbek Bakiyev.) Open trials are planned to gradually (in 2012 they had to make in Bishkek and Osh). Jurors were to hear cases involving grave and especially grave crimes.

Meanwhile, the fall of 2011, it became known that the government appealed to MPs to reconsider the term of this initiative. Request to justify the lack of funds. From the Supreme Court, the apparatus of government and the president received a letter that the budget does not include money, buildings [to jury] is not ready, – said Chairman of the Committee on the legality of Sadyr Japarov.

In November, the deputies approved a bill that delayed the introduction of jury trials in 2013. However, the authorities did not stop there. March 12 the head of the Supreme Court Feruza Dzhamasheva deputies presented a bill which had been given more time: in 2017 for the Bishkek and Osh, 2018-2019 years – for other regions. The head of Sun noted that only the pilot project will require 139 million soms (about three million dollars).

It was finally accepted a compromise: the committee decided that the introduction of jury trials should be delayed until 2015. When a bill is finally passed by deputies, is not specified.

In Kyrgyzstan, the state budget for 2011 was laid deficit of 21 billion soms (about $ 450 million). The draft budget for 2012 has not yet been adopted. According to the National Bank, the deficit this year will amount to 16 billion soms.