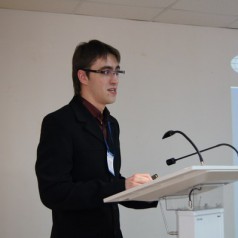 The first professional organization of one hundred is created in the south of the country in the mines of Kyzyl-Kiya, Tash-Kumyr since 1898. Severe life nennye conditions and poverty of the masses pushing them to the Bor will for their lives to-heaven intensified in 1905 – 1907, first under the direct influence of the bourgeois-democratic revolution in Russia these. The first organized form of Prof. union organization was held in Kyzyl-Kye in 1905. Working Kyzyl-Kyi and Sulukta Provence is on strike with the requirements of an 8 – hour day and higher wages, the abolition of fines, reduction of overtime work GOVERNMENTAL, as well as freedom of speech and assembly. Made an appeal for union solidarity of the working class of Turkestan province of Tsarist Russia. All this has allowed the workers to get the first experience of mutual support in the fight for their rights. In the same year, the Bishkek district was established trade union organization of the postal and telegraph employees in the department of the Turkestan Railway. In the spring and summer of 1917 Professor union miners formed the edge – Miners, Bish-keksky Union workers and artisans, with employees yuzy Chu organization of teachers, workers and chayrikerov in Osh, Bishkek union troubles nyakov County – Union Bukara, etc.

In 1918-20, almost all counties have been the creation HN trade unions. Among the first major nym unions, organized on the principle of production Productive, treated strictly iteley unions, metalworkers, printers, leather workers, garment workers, health labor, land and forests. In their ranks by the beginning of 1920 were accounting for 10,300 people. In connection with nats.-territorial delimitation of Central Asia nym and the formation of the Kara-October 14 Kyrgyzskoy Autonomous Region within the RSFSR became possible and the need to create a single regional trade union organization. December 11, 1924 in the Revolutionary Committee of the Kara-Kyrgyzskoy Autonomous Region was organized by The Organization Bureau to create an lastnogo Council of Trade Unions.

In Bishkek, March 31 – April 3, 1925 consisted of Xia 1st Constituent Congress of Trade Unions Kara Kyrgyzskoy Autonomous Region. Tion did not appear at the congress with 109 delegates, representing 9,243 union members. The congress elected from regional veterinary trade unions, to-ing cover 12 regional associations, four of the district, 91 primary trade union organization. This is the first time Congress has created a single association in wt Allied headquarters of the republic and laid the foundation for STI activities – Council of the Federation of Trade Unions Kyr camp. From the earliest days of the organization of the regional council of trade unions are actively involved in the construction of a new society was involved in reviving the economy, literacy STI, the strengthening of solidarity and friendship among nations. The most important strategic objective whose union has social security migrant schihsya Autonomous Region. In 1926, in connection with the transformation of the domain Kyrgyzskoy battery in place Kyrgyzskuyu Autonomous District Councils established canton councils were reorganized into oblotdely Republican.

The tasks of trade unions in the period of Socialist industrialization Coy discussed in November 1926 at the 2nd Congress of Trade Unions Kyrgyzskoy ASSR. Congress demanded a trade union pa rebuild bot under the slogan face-to-manufacture more involved in the management of mass production. Council approved the structural changes of Prof. union. Instead, the district councils set up five fold-ton Union Bureau, 2 rayprofbyuro, 10 republics Likani departments, instead of thirteen oblotde fishing – 31 cantons of departments, 268 fabzavmestko atoms, 160 trade union representative, four trade union. In 1926 in the Regional Council were 917 trade union activists in 1928 – 2104 people. Derived from changes in national departments.

25-30 November 1928 at the 3rd Congress of Trade Unions ABILITY activity was aimed at strengthening grassroots sevenfold Noah cells to communicate with migrant schimisya for early detection and satisfying letvorenie cultural and community needs and demands of its members, to support the efforts GOVERNMENTAL sector bodies increase proizvoditelnos ty of labor and lower production costs, to fight bezhozyaystvennostyu.

July 25 – August 5, 1930 took place on the 4th Congress of Trade Unions, in a rum-addressed the issue of fundamental restructuring of the union Kyr gyzstana in the light of the 16 Party Congress. Os novyvayas on four decisions of the Congress of Trade Unions, Plenum Kyrgyzsovprofa (February 1931) at nyal resolution On Reorganization and the immediate tasks of trade unions of Kyrgyzstan. On the basis of unbundling was effected union republic. Instead there was a 15 Shih was organized 26 sectoral trade unions call. After the reorganization of the trade union of workers of builders, there was two of the union: the union of workers of railway, transport, port development and the union of industrial and public works. The union of agricultural and forest workers were separating at the county union workers MTS, union workers delcheskih ground state and union workers vodcheskih livestock farms. Razukrepleny were other unions, departments Kyrgyzsovprofa. Considerable attention was paid to trade unions for the provision of social care workers and employees. In 1932, social insurance reached 107.6 thousand workers. The number on the boards to rest on resorts and holiday homes, the network of cultural institutions of trade unions. May 21, 1937 meeting of the presidium consisting of elk, and then June 1 of the 4th Plenum of the All. Were considered structural changes in trade unions. All the Res Publica Union sovprofy eliminated. All trade-union affairs were engaged in industry-trade-union committees, Republican committees operated independently until 1948. In accordance with the decisions of the 19th Plenum of the All Education in the republics, territories and regions of the Soviet trade unions. November 15, 1948 in Bishkek hosted the 1st Republic Likani Allied Trade Union Conference call Kyrgyzskoy Republic, on a swarm formation were mented in areas – sovprofy, the capital of Kyr gyzstana – central organ of the trade union – Kyr gyzsovprof.

In June 1958, the first postwar HYDRATED 6th Congress of Trade Unions of the Republic, is of interest 287.1 thousand members Prof. union. Prior to 1987 in terms established by the Charter were regularly 7-15th congresses of trade unions call of the country.

In January 1987 hosted the 15th Congress of Unions of Kyrgyzstan prof. His work coincided with the time Meni restructuring of all social and policy cal and economic system of the country. In such historical circumstances came acquainted unions tends to zero to save all that they managed to win over the years of Soviet power in matters of protection you have legal rights and interests of working people and their families.

16th Congress of Trade Unions of Kyrgyzstan was the Xia in October 1990 before the collapse of the Soviet Union, to-ing fundamentally different in effect put on it issues and approaches to the fate of the trade union movement. Given the colliding storage situation in the country, the congress adopted a solution on the Abolition of the Republic Kyrgyzskogo Kan council of trade unions and the establishment of the Federation of Trade Unions of Kyrgyzstan. Dena was approved its Charter, the Programme of Action, the task of determining HN radical renewal of the activities of trade unions sequence of the republic, elected bodies kovodyaschie pv. Federation of Trade Unions of Kyrgyzstan has become a voluntary association of independent professional governmental organizations working people, created to bring together, coordinate actions for more effective protection of the rights and interests of citizens, solve common problems.

Another of the 17th Congress of Trade Unions Kyr camp (or the Third Congress of the Federation of Trade Unions), held on October 6, 1996 analyzed the results of the trade unions for the first five years of independence, and concluded that, in the general crisis of the trade unions have managed to survive and keep their organizations nizatsionnye foundations, mass, sectoral and territorial structure, personnel, material countable base. Their main function was protective. Federation of Trade Unions in favor of a socially oriented market economy, respect for workers' security, ensuring The necessity of material well-being and life tion level of the people on the basis of production output for the civilian world, Nat. unity, mutual understanding and stability in society. October 5, 1998 adopted a law «On trade unions. This law gave a strong legal framework for trade unions and the call of the great powers. Since 1997, conclude the General Agreement is obtained based on the three-partizma: the government, trade unions, employers Teli. Federation of Trade Unions of Kyrgyzstan WMO CIO of the General Confederation of trade unions call and actively participates in its activities. With wet Federation of Trade Unions of Kyrgyzstan nuclear explosion lyaetsya a founding member of the Coordinating Council trade union centers of Kazakhstan, on the Kyrgyzsta, Tajikistan, Turkmenistan, Uzbekistan, Azerbaijan and Turkey. Its formation is caused catching features of the socio-economic situations tion, common history, the similarity of language, customs, traditions and culture of the peoples of the region. Expanding relationship with the trade unions of foreign countries.

September 29, 2000 was the 19th Congress of Unions of Kyrgyzstan professor at a rum adopted a program of action Federation of Unions of Kyrgyzstan Professor for 2001-2005, additions and changes to the Charter of the trade unions, covering ing all aspects of the union republics of the public. Currently, the Trade Union Federation unites 20 national sectoral unions O, 6 regional union of Allied – 8060 oblsovprofov and primary trade union organizations and 966 thousand trade union members.