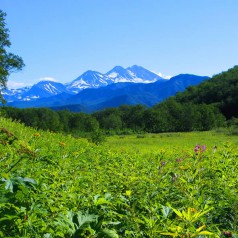 The climatic conditions of Kyrgyzstan is determined by its geographical position. Most of the territory of the republic is located in the temperate zone, the southern. areas are located in the subtropical climate zone.

The situation in Kyrgyzstan in the center of the great continent of the Earth – Eurasia, its remoteness from the oceans and seas, deserts predetermined proximity determines the climate of the sharp features of continental and dry, well-defined seasons.

Much of the relief the complexity of the republic – a deep dissection, the different slopes of the exposure to the sun and the air flow created by the diversity of the climate and defines a distinct vertical climatic zones. Here we can distinguish four climatic zones, markedly differing from each other.