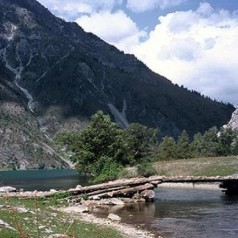 Nature. Talas valley in its structure resembles a triangle with the NIJ peak in the east, and the Talas Kirghiz Ala-Too in the east of the mountain form a converging node of Ak-Suu. To the west the valley widens and the north-west. borders of the semi-deserts and deserts of the Turan lowland. Within the Talas valley and surrounding mountains are the following geomorphic systems: HYDRATED mountains, foothills, plains and plains. Learn more about what is web hosting.

Relief and Kyrgyzskogo Talas Ala-Too different complex structure. Mountain ridges are composed of Precambrian and you Paleozoic rocks. In the alpine zone forms miruyutsya structural denudation, in the mid-mountain and low hills structural-erosive types of terrain. In the foothills of the Talas Ala-Too in the Neogene and Paleogene rocks were formed tectonic, erosional and accumulative types of terrain – chapy, adyry. On the flat area on the alluvial shed trivial Quaternary rocks and steep slopes will form valis pologosklonnye Ravni HN.