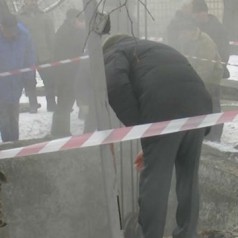 Public Service of Corrections Kyrgyzstan stated that defendant Nurbek Alymbaev, who died following a recent riot at Bishkek's prison number 1, died of poisoning by drugs. It is reported by AKI.

According to the chief medical service GSIN Akylbek Asanova, who died at the hands of Alymbaeva were found traces of injections. On the body were found as small cuts, which are believed to GSIN, defendant paid himself. No other injuries were allegedly killed during the inspection of the body was found.

However, so far, as the agency, it is only the preliminary data. The final cause of death will be installed within a month.

On the death of Nurbek Alymbaeva reported previously Ombudsman of Kyrgyzstan Tursunbek Akun. However, he stated that defendant had died as a result of beatings.

Relatives of the suspects detained in prison-1, in turn, argued that the riot killed several people. However, officially this information has not been confirmed.

Total during the unrest in the detention center injured several dozen people (including several members of the establishment).

The riots in jail, a place on January 16. The discontent caused defendants searched the cells, which organized the administration. According to another version, which launched in GSIN, prison inmates rioted in protest against the impending crime boss escorting Damir Saparbekova.

To quell the unrest in the detention center had been sent special forces. According to the Ombudsman, the security forces burst into the detention center began beating suspects. I've seen broken noses, smashed faces and broken limbs, – he described the consequences of suppressing a riot.

In solidarity with the inhabitants of jail inmates, a few colonies of Kyrgyzstan announced a hunger strike. Shortly thereafter, in GSIN stated that this action is terminated. However, later it became known that the hunger strike continues. According to the agency on January 19, it has spread to almost all the colonies and detention facilities.