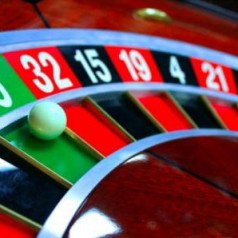 Near the Kyrgyz parliament, former employees of the casino, lost their jobs in connection with the prohibition of gambling in the country, staged a rally. Reported K-News.

According to the publication Vesti.kg, protesters demand that they provide new jobs. They held up signs with slogans such as Who will feed our children? and People's elected representatives, Your people are left without means of livelihood.

According to K-News, in the action involved more than 50 people. According to Vesti.kg – there are about a hundred. Go said that the rally came to technicians.

Deprived of the casino employees have repeatedly staged protests. In total, according to the Association of Legal gambling and entertainment Eldiyar Mamyrova, due to the prohibition of gambling establishments have remained without work for about 12 thousand people.

In this state they are from, as the lawyer who did not receive any compensation. These people have operated in the legal business. And now the decision to close the casino they are deprived of everything – he added.

The initiative to ban the casino was launched in the Parliament of Kyrgyzstan last autumn. Offers support for the president of the republic Otunbayeva. She said that the casino have a detrimental effect on society and urged citizens to unite against the casino barons. In this case, however, the head of the republic recognized that the prohibition of gambling but will drive them underground.

The parliament expressed, and other proposals (which amount to not to prohibit, restrict and gambling). However, there was nevertheless enacted a total ban on gambling establishments. The ban came into force on January 1, 2012. Recently, the financial police of Kyrgyzstan stated that all gambling establishments, functioning in the country are closed.

With the closure of casinos and slot halls Kyrgyz budget, as noted in the Ministry of Finance of Kyrgyzstan, has lost about 400 million soms (about nine million dollars) coming from gambling in the form of taxes.