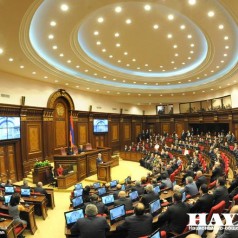 The OSCE mission in Kyrgyzstan, commented on the recent presidential election. Observers believe that despite the violations, the election show a positive outlook for Kyrgyz democracy.

Head of Mission Walburga Habsburg Douglas drew attention to the irregularities in the preparation of voter lists and voting results. His attitude to the prospects of Kyrgyz democracy is defined as cautious optimism.

In a press release published on the OSCE website, also says that the elections were held in a peaceful manner and that they participated in a large number of candidates. As previously reported, initially ran for president more than 80 people. Later, however, most of them were not admitted before the election, or withdrew (as a result were 16 candidates).

On election day there were numerous reports that people who have come to the polls, they can not find their names on voter lists. Among them was the son of the interim Kyrgyz President Otunbayeva. In the Central Election Commission, commenting on the situation, referred to the mistakes made by local election commissions.

Complaints procedure and caused marking of voters (the voting citizens of the fingers tagged supposedly indelible ink to prevent people from voting again.) It was reported that the paint is washed off easily. Candidates from the opposition, in turn, accused the government on a massive use of administrative resources.

In turn, the mission of CIS observers, according to RIA Novosti, said that the elections meet the Kyrgyz legislation.

Elections were held in Kyrgyzstan for the first time since the republic there was a coup (in April 2010 head of the republic, Kurmanbek Bakiyev was ousted from his post and left the country). Duties of the President, after the rebellion temporarily performed one of the leaders of the opposition antibakievskoy Otunbayeva.

According to official figures, won the election, Prime Minister of Kyrgyzstan Almaz Atambayev with the result of about 63 percent of the vote. One of his competitors – the leader of the party Ata-Jurt (Fatherland) Kamchibek Tashiev – refused to admit defeat and demanded that the election results have been revised.