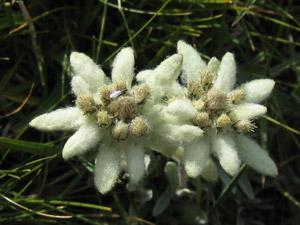 Naryn is the provincial administrative center of the Naryn region in central Kyrgyzstan, with a population of 40,049 (1999). It is situated on both banks of the Naryn River, one of the main head waters of the Syr-Darya, which cuts a picturesque gorge through the town. The city has a regional museum and a hotel, but is otherwise residential.

The population of Naryn region is 98% Kyrgyz, discounting the Russian army presence along the border. The economy of Naryn region is dominated by animal herding (sheep, horses, yaks), with wool and meat as the main products. Mining of various minerals developed during the Soviet era has largely been abandoned as uneconomical. Today the region is considered to be the poorest region in the country. It does, however, boast beautiful mountains, alpine pastures and Son-Kul lake which during summer months attracts large herds of sheep and horses with their herders and their yurts.

From Naryn, the main road (one of the branches of the ancient Silk Road) through the sparsely settled, central Kyrgyz highlands leads to Torugart Pass and China. At present, this is the main transport link from Kyrgyzstan to China.

Naryn hosts one of three campuses of the University of Central Asia (UCA). The University was founded in 2000 by the governments of Kazakhstan, the Kyrgyz Republic and Tajikistan, and His Highness the Aga Khan. It is the world’s first internationally chartered institution of higher education. The UCA currently operates a School of Professional and Continuing Education (SPCE), with a School of Undergraduate Studies and a Graduate School of Development in the process of being established.