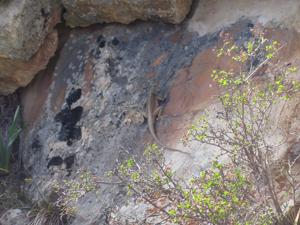 The Kyrgyz Republic is rich in mineral resources and mining is an important part of the economy. All of the elements in the elementary table are to be found in the country – but access to them is not always easy.

There is a lot of archaeological evidence of early man’s activities in mining and working metals such as gold, silver, copper, bronze, tin, lead and iron, dating back over 2000 years. Mining prospered between the 9th and 11th centuries, and many of the excavations were large even by today’s standards. With the Mongol invasion of Central Asia mining took a back seat in the economy – a situation which lasted well into the Soviet period.

Lead, zinc and “rare earth metals” are mined, but deposits of sulphur, arsenic, iron, aluminium and other metals have yet to be exploited.

There are large deposits of ornamental stone which can be used for construction – marble, granite etc.  Ceramics, silicon, for the semi-conductor industry are also mined.

Uranium was mined in soviet times – but the legacy of slag heaps and contaminated water has caused considerable concerns.

The Chon Tus salt mine near Kochkor was used for many years to produce salt – mainly for agricultural purposes, and still does, although it is mainly used now as a sanatoria for treating allergies and other ailments.

Perhaps the greatest of Kyrgyzstan’s mineral resources is water – locked up in the glaciers and rivers. Many sources of mineral water and thermal springs can also be found throughout the country.

Mercury is the second most commonly found element in the Kyrgyz Republic.  Deposits are found in the form of a large belt, 5 kilometers deep, from the leilek river in…

A wide range of fossil fuels are found in Kyrgyzstan – coal, peat, gas and oil. Coal: It is estimated that there are something like two and a half billion…

The Kyrgyz for gold is “Altyn”. It is used as a name and KyrgyzAltyn is the main, government run, company working in gold extraction. Evidence of ancient gold mines has…

Uranium is mined in various places but Kyrgyzstan is more important as a center for processing the mineral.  There are plans to increase production, in particular in co-operation with Russia…