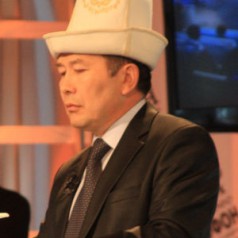 In the Kyrgyz Central Election Commission has addressed some initiative group, which offers to hold a referendum on changing the constitution. Reported K-News.

The CEC said that the group has already passed the registration. In the department did not specify exactly who supports the referendum and the changes proposed to the basic law.

When discussing the issue of registration of a member of the CEC, Bekbasarov Rashid, said that you should first clarify the details. He expressed concern that it could be an attempt to sneak the constitution, which requires a change in the state system.

However, his colleagues said that the registration of the group does not guarantee a referendum. Supporters of the amendment to the constitution will have to collect 300,000 signatures to this question was put to a referendum.

In Kyrgyzstan, in recent years repeatedly changed the constitution. For example, in 2006, a year after the Tulip Revolution and the coming to power, Kurmanbek Bakiyev, was adopted by the main editors of the law, which limits presidential power. However, Bakiyev's supporters then held through parliament a new edition, which restored the lost powers of the president.

In autumn 2007 the Constitutional Court of the Republic, fulfilling the wishes of the two deputies, canceled two recent edition of the Basic Law. As a result, the constitution was restored in 1993, adopted even under President Askar Akayev. Later, with some modifications, this version was approved in a referendum.

After the coup of 2010, which resulted in Bakiyev was deposed and fled the country, the constitutional reform took a new government. In June, the referendum was adopted by the fundamental law, which changed its form of government in the republic with a presidential to a parliamentary (the president's powers, respectively, were considerably weakened.) However, a number of politicians from the opposition criticized this option, stating that in the case came to power, will seek legislation to strengthen the presidential office.