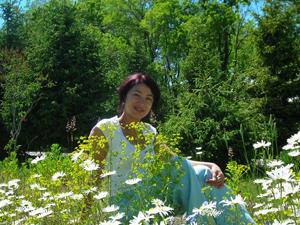 The Uzbeks are a Turkic people of Central Asia. They comprise the majority population of Uzbekistan, and large populations can also be found in Afghanistan, Tajikistan, Kyrgyzstan, Turkmenistan, Kazakhstan, Russia and the Xinjian Uyghur Autonomous Region of China. Smaller diaspora populations of Uzbeks from Central Asia are also found in Iran, Turkey, Pakistan, North America and Western Europe.

The origin of the name Uzbek remains disputed. One view holds that it is eponymously named after Uzbeg Khan, although the nomadic Uzbeks were never entirely subject to him. An etymological argument states that the name means independent or the lord itself, from O’z (self) and Bek (a noble title of leadership). According to Harold Lamb in his biography of Babur, “Uzbek“ means red headgear. The Great Mogul Emperor Babur writes in his autobiography about them that ‘Uzbek’ means churlish in Turkish language.

The roots of the Uzbek people stretch back for many millennia, while the identity of modern Uzbeks was shaped by events during the early 2nd millennium AD. Different tribes and peoples, have inhabited Central Asia and have made contributions to the modern Uzbek population.
Many of the ancient peoples who lived in Central Asia were Iranian peoples including Sogdians,Bactrians, Ferganians and the Saka-Messagetae tribes. It is believed that these populations were either absorbed into larger invading Turkic tribes and/or were pushed into smaller pockets, as in Tajikistan, or retreated further south into Iran and Afghanistan.

In ancient times, various Altaic-speaking tribes began to move to the area between the Amu Darya (Oxus in Greek) and Syr Darya (Jaxartes in Greek) rivers. Some of these early tribes included the Huns who eventually occupied this region around the 3rd century BC and continued their conquests further south and west.

Following Arab incursions into the region, Islam supplanted Buddhism and other religions in Central Asia (such as Nestorian Christianity), while local Iranian languages survived into the 2nd millennium. What drastically changed the demographics of Central Asia was the invasion of the Mongols led by Genghis Khan in the 13th century. Numerous native populations were wiped out by the Mongols and a process of population replacement began in earnest. During this period numerous Turkic tribes began to migrate and ultimately replace many of the Iranian peoples who were largely killed, absorbed by larger Turco-Mongolian groups, and/or pushed further south and Central Asia came to be known as Turkestan. Much of modern Uzbekistan took shape during the reign of Tamerlane, a prominent Turco-Mongolian conqueror who reigned over a vast empire from his capital at Samarkand. Later, between the 15th and 16th centuries, various nomadic tribes arrived from the steppes including the Kipchaks, Naymans, Kanglis, Kungrats, Mangits and others and these tribes were led by Muhammad Shaybani who was the Khan of the Uzbeks. This period marked the beginnings of the modern Uzbek nationality and formation of an Uzbek state in what is today Uzbekistan, as these tribes were the first to use the name ‘Uzbek’. This early Uzbek state challenged the Safavids and Mughals, for control over Khorasan and Afghanistan.

Within a few generations of Shaybani Khan’s death, the Uzbek state broke up into three major khanates based in Bukhara, Khiva, and Kokand until the early 19th century. The Russian Empire eventually infiltrated Central Asia and the khanates were annexed to the empire during the mid to late 19th century. Until 1924, the bulk of the settled Turkic population of Russian Turkestan, who were of very heterogeneous descent, were known as Sarts by the colonial authorities, and only those groups speaking Kipchak dialects who had arrived in the region with Muhammad Shaybani Khan were called ‘Uzbeks’. In 1924, when the new Uzbek SSR was created, the Soviets abolished the term ‘Sart’ and decreed that all settled Turkic speakers would henceforth be known as Uzbeks. Uzbekistan, under Russian and then later Soviet administration, became multi-ethnic as populations from throughout the former Soviet Union moved (or were exiled) to Central Asia. Now, people of Uzbek nationality can be found with different characteristics, from light skinned to dark toned skin colors, from blue eyes to black eyes, from blonds to brunettes.

The Uzbek language is an Altaic language and is part of Karluk group of Turkic languages. Modern Uzbek bears the closest resemblance to Uyghur, slightly less so to Kazakh, Turkmen, and more distantly, to Turkish. Modern Uzbek is written in wide variety of scripts including Arabic, Latin, and Cyrillic. After the independence of Uzbekistan from the former Soviet Union, the government decided to replace the Cyrillic script with a Latin alphabet.

Modern Uzbek has also absorbed a considerable vocabulary and – to a much lesser degree – certain grammatical elements from non-Turk languages, most of all from Persian as well as Arabic and Russian among others.

Uzbeks come from a predominantly Sunni Muslim background, usually of the Hanafi school, but variations exist between northern and southern Uzbeks. The majority of Uzbeks from the former USSR came to practice religion with a more liberal interpretation due to the official Soviet policy of atheism, while Uzbeks in Afghanistan and other countries to the south have remained more conservative adherents of Islam. However, with Uzbek independence in 1991 came an Islamic revival amongst segments of the population. People living in the area of modern Uzbekistan were first converted to Islam as early as the 8th century AD, as Arab troops invaded the area, displacing the earlier faiths of Zoroastrianism and Buddhism. The Arab victory over the Chinese in 751, at the Battle of Talas, ensured the future dominance of Islam in Central Asia.