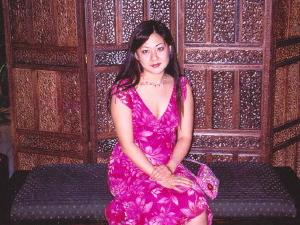 Dungan is a term used in territories of the former Soviet Union to refer to a Muslim people of Chinese origin.

Turkic-speaking peoples in Xinjiang Province in China also refer to members of this ethnic group as Dungans. In both China and the former Soviet republics where they reside, however, members of this ethnic group call themselves Hui. In the censuses of Russia and the former Soviet Central Asia, the Hui are enumerated separately from Chinese, and are labelled as Dungans. In the former Soviet Union, a large population of Dungans can be found in Kazakhstan (36,900 according to the 1999 census), Kyrgyzstan (51,766 according to 1999 census), and Uzbekistan. Some also reside in Russia (801 according to 2002 census, mostly in Tatarstan).

The Dungan in the former Soviet republics are Hui who fled China in the aftermath of the Hui Minorities’ War in the nineteenth century. According to Rimsky-Korsakoff (1992), three separate groups of the Hui people fled to Russian Empire across the Tian Shan Mountains during the exceptionally severe winter of 1877/78:

1. The first group, of some 1000 people, originally from Turfan in Xinjiang, led by Ma Daren (‘the Great Man Ma’), also known as Ma Da-lao-ye (‘The Great Master Ma’), reached Osh in southern Kyrgyzstan.

2. The second group, of 1130 people, originally from Didaozhou (in Gansu, led by ahong Ma Yusu, also known as Ah Yelaoren (‘the Old Man Ah Ye’), were settled in the spring of 1878 in the village of Yrdyk some 15 km from Karakol in Eastern Kyrgyzstan. They numbered 1130 on arrival.

3. The third group, originally from Shaanxi, led by Bai Yanhu (also spelt Bo Yanhu; often called by his followers ‘The Great Man Hu’, 1829(?)-1882), one of the leaders of the rebellion, were settled in the village of Karakunuz (now Masanchi), in modern Zhambyl Province of Kazakhstan. It is located 8 km north from the city Tokmok in north-western Kyrgyzstan. This group numbered 3314 on arrival.

The next wave of immigration followed in the early 1880s. In accordance with the terms of the Treaty of Saint Petersburg (1881), which required the withdrawal of the Russian troops from the Upper Ili Basin (the Kulja area), the Hui and Uighur people of the region were allowed to opt for moving to the Russian side of the border. Most choose that option; according to the Russian statistics, 4,682 Hui moved to Russian Empire under the treaty. They migrated in many small groups between 1881-83, settling in the village of Sokuluk some 30 km west of Bishkek, as well as in a number of points between the Chinese border and Sokuluk, in south-eastern Kazakhstan and northern Kyrgyzstan.

In the Russian Empire, Soviet Union, and the post-Soviet states, the Dungans continue to refer to themselves as the Hui people (Chinese: Huízú; in Cyrillic Soviet Dungan spelling, xуэйзў).

The name Dungan is of obscure origin. It is mostly used by Dungans’ (or Huis’) Turkic- and Tajik-speaking neighbors, both in {Xinjiang and in the CIS states, and has been presumably borrowed from the Turkic languages into Russian (dungane (pl.); dunganin (sing.)), Chinese (Donggan zu), and English (Dungan, earlier also Tungan) as well. One popular theory derives this word from Turkic döñän ("one who turns"), which can be compared to Chinese (huí), which has a similar meaning. Another theory derives it from the Chinese Dong Gan, ‘Eastern Gansu, the region to which many of the Dungan can trace their ancestry; however the character gan used in the name of the ethnic group is different from that used in the name of the province.

The Dungans themselves referred to Karakunuz which means a camp, an encampment. In 1965, Karakunuz was renamed Masanchi (sometimes spelt as "Masanchin"), after Magazi Masanchi or Masanchin, a Dungan participant in the Communist Revolution and a Soviet Kazakhstan statesman.

The following table summarizes location of Dungan villages in Kyrgyzstan and Kazakhstan, alternative names used for them, and their Dungan population as reported by Ma Tang (2003).

Besides the traditionally Dungan villages, many Dungan people live in the nearby cities, such as Bishkek, Tokmok, Karakol.

As Hong (2005) notes, "the Dungan people derive from China’s Hui people, and now live mainly in Kyrgyzstan, Kazakhstan and Uzbekistan. Their population is over 110,000. This people have now developed a separate ethnicity outside China, yet they have close relations with the Hui people in culture, ethnic characteristics and ethnic identity."

The Dungan language is closely related to the Shaanxi dialect of Mandarin Chinese, but uses the Cyrillic script and has only three tones instead of four. Dungan also contains many loanwords from Arabic, Persian, and Turkish.

Unlike other minority nationalities in Central Asia, such as the Koreans, nearly all of the Dungan report that they continue to use their ethnic language as their mother tongue. More than two-thirds of the Dungan also speak Russian, and a small proportion can speak Kyrgyz or other languages belonging to the titular nationalities of the countries where they live.

The Dungan are primarily farmers, growing rice and vegetables such as sugar beets. Many also raise dairy cattle. The Dungan tend to be endogamous.

The Dungan are famous for their hospitality and hold many ceremonies and banquets to preserve their culture. They have elaborate and colorful observances of birthdays, weddings, and funerals. In addition, schools have museums to preserve other parts of their culture, such as embroidery, traditional clothing, silver jewelry, paper cuts of animals and flowers and tools.

The large majority of Dungan are Hanafi Muslim. Many Dungan villages contain a mosque run by village elders.