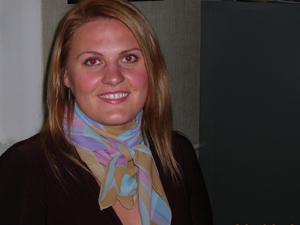 Russians predecessors were the medieval East Slavic nation Rus’, who were also the predecessors of Belarusians and Ukrainians.
Very little is known about the Russians and East Slavs in general prior to approximately 859 AD, the date from which the account in the Primary Chronicle (a history of the Ancient Rus from around 850 to 1110 originally compiled in Kiev about 1113) starts.

By 600 AD, the Slavs had split linguistically into southern, western, and eastern branches. The East Slavs flooded Eastern Europe in two streams. One group of tribes settled along the Dnieper river in what is now Ukraine; they then spread northward to the northern Volga valley, east of modern-day Moscow and westward to the basins of the northern Dniester and the Southern Buh rivers in present-day Moldova and southern Ukraine.

Another group of East Slavs moved from Pomerania to the northeast, where they encountered the Varangians of the Rus’ Khaganate and established an important regional centre of Novgorod. The same Slavic population also settled the present-day Tver Oblast and the region of Beloozero. Having reached the lands of the Merya near Rostov, they linked up with the Dnieper group of Slavic migrants.

Ethnic Russians known as Great Russians (as oppose to White Russians and Little Russians) began to be recognized as a distinct ethnic group in the 15th century, when they were referred to as Muscovite Russians, during the consolidation of Muscovy Tsardom as a regional power.

Between 12th and 16th century Russians known as Pomors migrated to Northern Russia and settled White Sea coasts. As a result of the migrations and Russian conquests (following liberation from the Mongol Golden Horde domination) during 15th-16th centuries Russians settled the Volga, Urals and Northern Caucasus regions. Between 17th and 19th centuries Russian migrants settled the vast sparsely inhabited areas in Siberia and Russian Far East. A major role in these territorial expansions and migrations was played by the Russian Cossacks.

According to most ethnologists ethnic Russians originated from the earlier Rus’ people (East Slavs of Kievan Rus), and gradually evolved into a different ethnicity from the western Rus people who became the modern-day Belarusians and Ukrainians. Between 15th and 18th centuries modern Russian language gradually developed from the Old East Slavic and Church Slavonic languages. Some ethnologists maintain that Russians were a distinct Slavic group even before the time of Kievan Rus. Others believe that the distinguishing feature of the Russians is not primarily their separation from Western Rus, but that ethnic Russians are a mix of East Slavic and non-Slavic (for example Finno-Ugric, Germanic, and Baltic) tribes. However, the origin of the Slavic peoples is itself a matter on which there is no consensus.

They were classified as a Narodnost in the First All Union Census of the Soviet Union in 1926.

Russians are the most numerous ethnic group in Europe and one of the largest in the world with a population of about 140 million people worldwide. Roughly 116 million ethnic Russians live in Russia and about 20 million more live in the neighboring countries. A relatively significant number of Russians, around 3 million, live elsewhere in the world, mostly in the Americas and Western Europe, but also in other places of Eastern Europe, Asia and elsewhere.

Russian culture is one that is rich and colorful. Russians have a rich cuisine. Russian art is very important and considered by many to be unique and some of the most importent painters in the world are Russian. Russians are also known for their sense of humor. Russian literature was greatly influential to world literature. Russians also gave the classical music world some very famous composers.

Russian is the most geographically widespread language of Eurasia and the most widely spoken of the Slavic languages. Russian belongs to the family of Indo-European languages and is one of three (or, according to some authorities, four) living members of the East Slavic languages, the others being Belarusian and Ukrainian.

Written examples of Old East Slavonic are attested from the 10th century onwards, and while Russian preserves much of East Slavonic grammar and a Common Slavonic word base, modern Russian exhibits a large stock of borrowed international vocabulary for politics, science, and technology. Due to the status of the Soviet Union as a super power, Russian had great political importance in the 20th century, and is still one of the official languages of the United Nations.

Russian has palatal secondary articulation of consonants, the so-called soft and hard sounds. This distinction is found in almost all consonant phonemes and is one of the most distinguishing features of the language. Another important aspect is the reduction, or drawling, of unstressed vowels, not entirely unlike a similar process present in most forms of English. Stress in Russian is generally quite unpredictable and can be placed on almost any syllable, one of the most difficult aspects for foreign language learners.

Even non-religious Russian people mostly associate themselves with Orthodox faith for cultural reasons. Some Russian people are Old Believers: a relatively small schismatic group of the Russian Orthodoxy that rejected the liturgical reforms introduced in the 17th century.

Russians outside of Russia

Ethnic Russians historically migrated throughout the area of former Russian Empire and Soviet Union, sometimes encouraged to re-settle in borderlands by Tsarist and later Soviet government. On some occasions ethnic Russian communities such as Lipovans who settled in Danube delta or Doukhobors in Canada immigrated as religious dissidents fleeing the central authority.

After the Russian Revolution and Russian Civil War starting in 1917, many Russians were forced to leave their homeland fleeing the Bolshevik regime, and millions became refugees. Many white emigrés were participants in the White movement, although the term is broadly applied to anyone who may have left the country due to the change in regime.

Today largest ethnic Russian diasporas outside of Russia live in former Soviet states such as Ukraine (about 8 million), Kazakhstan (about 4.5 million), Belarus (about 1.2 million), Latvia (about 700,000), Uzbekistan (about 650,000) and Kyrgyzstan (about 600,000). Over a million of Russian Jews emigrated to Israel during and after the Refusenik movements, some brought ethnic Russian relatives along with them. There are also small Russian communities in the Balkans, Eastern and Central European nations such as Germany, as well as in China, Latin America and Australia. These communities may identify themselves either as Russians or citizens of these countries, or both, to varying degrees.

Although not among the largest immigrant groups, significant numbers of Russians emigrated to Canada, Australia, the United States and Brazil. Brighton Beach, in the New York City borough of Brooklyn, is an example of a large community of recent Russian immigrants. Another one is in Sunny Isles Beach, a northern suburb of Miami. At the same time, many ethnic Russians from former Soviet territories have emigrated to Russia itself since the 1990s. Many of them became refugees from a number of states of Central Asia and Caucasus.

Thanks to writers such as Fyodor Dostoevsky, Leo Tolstoy, Ivan Turgenev, Anton Chekhov, Alexander Pushkin, and many more, Russian Literature is considered to be among the most influential literature in the world. In the field of the novel, Tolstoy and Dostoevsky in particular were titanic figures, and have remained internationally renowned, to the point that many scholars have described one or the other as the greatest novelist ever.