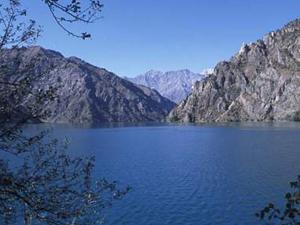 Sary Chelek nature reserve is located in the west of the country in the valley of Chatkalskiy range in the Hodja-Ata river basin where apple woods meet walnut forest. Highest mountain ranges and blossoming valleys, high windshaped cliffs and rushing rivers, green woods and sky-blue lakes, green-grass fields and ice-shining summits, swamps and dry steppes – everything is represented on a small territory – a kingdom of majestic beauty.

Flora of the reserve is represented by more then a thousand species. Sary Chelek gives a home to about 160 species of birds and 34 sorts of mumbles among which snow leopard, Central Asian lynx, Tien-Shan brown bear, golden eagle that are protected by international red book. Plateau located on subalpine level of reserve is a monument of ancient ecological disaster.

Beautiful summit “Mustor” of 4200 meters in hight, always covered by snow is rising over Sary Chelek. 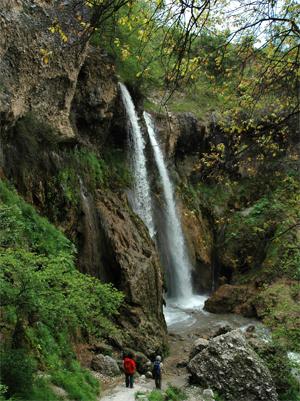 The vast tracts of woodland with nut and fruit trees in the valley of the River Arslanbob are the largest of their kind in the world, measuring over 600,000 hectares. One of the legends says that Alexander the Great once led his troops to these parts.

Here, it is said, he completed his campaign to the east and decided to return home. He took with him fruits and nuts grown in the forests. And that is how the walnut from the Kyrgyz Mountains appeared in Greece, and it has since been known as the “Greek nut” in many parts of the world.

Up to 1,500 tons of walnut is harvested each year in the Arslanbob valley, besides 5,000 tons of apples, pistachio and cherry plum. People are grateful for these generous gifts of nature and seek to preserve their source.

Already for many years the Arslanbob area (which means the King of Forests” in Kyrgyz), has been a forest zone protected by the state.